What is the Feldenkrais Method®? 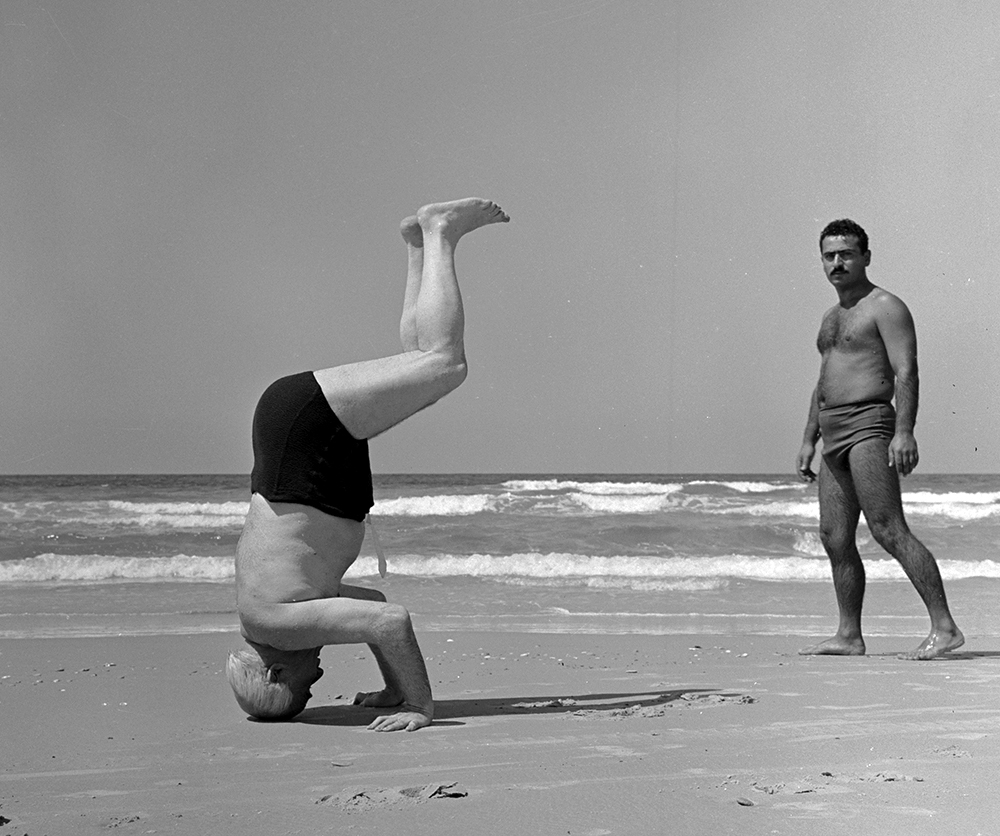 What is the Feldenkrais Method®?

Awareness Through Movement® and Functional Integration®

The Feldenkrais Method® is an approach to holistic fitness which uses movement in order to communicate with an individual’s nervous system about its tendencies and functioning. This communication reveals potential for more optimal and efficient movement patterns, more variety and spontaneity in action and more power and precision through the body.

Ultimately the Feldenkrais Method® provides a learning opportunity for the nervous system to relieve itself from pain and habitual inhibition which may not necessarily serve it in its present, day-to-day functioning.

The Method was developed by Moshe Feldenkrais, D.Sc. of Israel in the 1940’s and introduced to the United States in the early 1970’s. Dr. Feldenkrais was a distinguished scientist, physicist, engineer, and Judo instructor driven by a personal crippling injury to become concentrated on the exploration of the relationships between movement, thinking, feeling, learning and healing. He thoroughly educated himself with any course of study that he came across, from Freud’s psychology to various movement therapies, and rubbed elbows with some of the most renowned thinkers of his time. Some could certainly call this man a genius. Through his studies, Moshe formulated a method that not only helped him overcome his own injury, but which also could be applied to every human who functioned with a nervous system (which is every human that I have ever come across).

Dr. Moshe Feldenkrais merged his insights from physics, motor development, bio-mechanics, psychology, and martial arts in the creation of his method. He developed a practice of quiet and exploratory movement awareness directed by a process rather than a goal. This lack of goal orientation allowed the participant to really learn through the process and receive guidance to a state where their movement and their functioning as a whole could become more efficient, coordinated, precise and spontaneous – a state where full dynamic living and health were possibilities.

In order to teach his method to others, Moshe differentiated it into two complementary formats: Awareness Through Movement® (ATM) and Functional Integration® (FI).

The Awareness Through Movement® format consists of structured movement lessons in which students are verbally guided through the exploration of their personal body relationships in a specific pattern of movement action (for example: crawling or turning over). In these lessons, essential human functions are broken down into their smallest components and looked at with relation to gravity. They are presented in a way in which the student is encouraged to be both investigative and observational while at the same time self-limiting; taking time, and taking in all variations of movement for their nervous system to discern, integrate and later have available for selection. These lessons are meant to be a conscious conversation between the student and their nervous system. With the combination of guided attention, and pleasant, purposeful movement in these Awareness Through Movement® lessons, sensory learning is emphasized. The student learns how they can reduce unnecessary muscular effort and may realize the potential for simpler movement in a wider variety of situations in their life. Importantly, the student will gain increased awareness of their whole self in action – a concept that we rarely visit.

The complement of this Awareness Through Movement® practice is Functional Integration®: Moshe’s one-on-one approach to the method. In this format, learning, change and improvement in a student’s functioning are produced through subtle yet specific and skilled passive manipulation by the practitioner, individualized for the student’s particular needs. In both of its forms, the Feldenkrais Method® is geared toward learning and rediscovering individual potential for greater coordination, balance, flexibility, grace, and overall quality, ease, and efficiency of movement.

The method only explores what is possible and comfortable for a particular individual at a particular moment. Thus, it allows that individual’s nervous system to discern and better define their current inhibitions and limits of motion in a safe and positive atmosphere. With the limits defined, the nervous system can better understand how to grow and incorporate these current overused neuropathways into more functional and efficient movement. These aspects of pleasant and functional movement, in a safe atmosphere, without negative judgement or expectations, are the keys to learning about the self and keys to successive improvement of all human functioning.

After four years of study at the Feldenkrais Institute in Manhattan, I am qualified as an Awareness Through Movement teacher®, and a Guild Certified Feldenkrais Practitioner®.